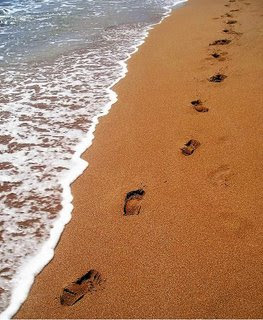 It was Fall of '97 I believe, I was 16 and we were in Detroit for the Sr. Bible Quizzing Nationals and the UPCI General Conference. I had only been once, the year before, and ever since then had been looking forward to the next year. The mixture of reasons was great..a chance to spend a whole week with my closest friends, a chance to compete for the last time that year over the well over 500 verses from God's Word we'd memorized, a chance to see the latest crush (who, no doubt, I was probably too shy to talk to anyway), a chance to hear life changing devotion after devotion taught by some of the greatest youth speakers in the world, a chance to see over 10,000 of God's people joined together in one location, and a chance to see and visit the missions booths (still today, one of my favorite things about conference), looking at all the beautiful souvenirs and fellowshipping with some of the greatest people on the planet. Ahhh...General Conference. Quizzing Nationals. As far as I was concerned, it didn't get any better than that.

What I didn't expect was how drastically changed I would be when I returned from this conference...how God would not just speak to me, but speak to me in a way that would effect every decision I would ever make from that point on. That Friday, in the youth day service, God revealed to me His calling for my life. Something I never realized though, until this week, was that He also gave me my "life song" the same night...

The first and only time I have ever heard this song live was that night at the yearly quiz banquet...all the last year quizzers, many of whom I was very close to and knew I might never see again, sang it as a choir. I cried and cried...largely because I was going to miss my friends so much, but also because I realized that I had absolutely no clue what I was supposed to do with what God had showed me earlier that day and it scared me.

Thanks to modern technology, and a mom who recorded them singing it, I learned the song and very often find myself singing it, even now..12 years later. The same day God revealed to me His destiny for my life, was the same day He gave me a song that I would need in surviving it. God works in mysterious ways...apparently this was a Him knowing the "end from the beginning" moment. When I am feeling lost or confused, in prayer, I often find myself singing this song to God...often when I am overwelmed and at a loss for my own words...this is what I say. I hope these lyrics speak to you as they do to me.

Lyrics
Posted by Pilgrim at 1:33 PM

Email ThisBlogThis!Share to TwitterShare to FacebookShare to Pinterest
Labels: My Journey