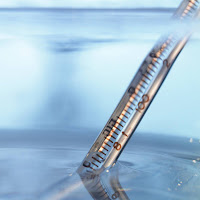 I believe the church of today's greatest enemy is a spirit of complacency. It's like a sickness trying to suck the life out of saints, affecting individuals in two different ways: One in causing them to gradually drift further and further from God, while not even realizing it. The second, if they aren't drifting, in causing them to be content with whatever state or condition they are in, instead of continuing to move closer to God and whatever calling He might have for their life.

Many of my close friends and myself have been blessed to have been raised in The Church by godly parents, having a sheltered home life. In most ways, this is a blessing, but in one way, if one isn't careful, it can be a curse. When people have not been brought up around something, or came face to face with a certain issue before, they might tend to think they are immune to being tempted by it. Examples of this could be drugs, alcohol, sexual immorality, lying, perverse language, etc (aka: any sin).

I don't believe most sincere Christians consciously conspire to commit a sin; I believe most of them are right smack in the middle of it or have already done it, when they realize what has happened. Most true Christian's greatest failure is not the committing of a sin, but the allowance of complacency into their hearts. The definition above refers to complacency involving an "unwareness of actual dangers and deficiencies". A Christian who has lived his or her life faithfully and rarely fallen is apt to look at a verse like Proverbs 4:15 and think it's a good verse, but not one they need to worry about too much. I mean, after all, don't they live a good and holy life? Temptation rarely comes their way anyway....

.....And gradually the guards start coming down. This is when the devil smiles and begins planning.

When a Christian begins to think this way, he does to himself what God did to Job; he takes down his own hedge. This is a very dangerous way to live. And, according to Revelation 3:15-17, God is not at all ok with this.

A few months back I was helping babysit my twin niece and nephew; at the time they were only about 10 months old. As I was watching them stand, holding onto the coffee table for balance, one of them reached over to the other and grabbed the other's hair...for absolutely no reason. The other in turn wacked the perpetrator on the head. 10 months old. Can't walk; hardly can talk---but that sinful nature is already evident. Don't get me wrong; I personally think they are angels..But God says that we are all born sinners. (Psalms 51:5)

Having been born sinners we must NEVER let our own hedge down. satan will grasp at any opportunity to catch us with our guard down. And sometimes it's not satan, it's man's own carnality, but satan is given the credit as a way of bypassing personal fault.

In my opinion, the root cause of complacency is no doubt usually pride and/ or ignorance. Pride, as in thinking one is above and personally stronger than any situation one may face, and ignorance, as in not using prudence in deciphering whether one should even place oneself in said situation in the first place. Separately these are dangerous, but together, they can make for a very deadly combination.

This said, no matter how close a Christian may feel to God, how many hours a day they pray, how many souls they've won, how many solos they've sung, etc..., they must never allow themselves to think they are above reproach. Plan ahead, if you know sin will be present or possible, "Avoid it, pass not by it, turn from it, and pass away." Don't go to that party, have that conversation, be alone with that person, go in that store, watch that movie, listen to that song,...the list could go on forever. But also, in case you find yourself in a situation that you can't get out of, you need to have decided ahead of time how you are going to face it in a godly manner, and make a promise to God that that's exactly what you'll do.

But I keep under my body, and bring it into subjection: lest that by any means, when I have preached to others, I myself should be a castaway.

But above all things, my brethren, swear not, neither by heaven, neither by the earth, neither by any other oath: but let your yea be yea; and your nay, nay; lest ye fall into condemnation

Ye therefore, beloved, seeing ye know these things before, beware lest ye also, being led away with the error of the wicked, fall from your own stedfastness

But as for me, my feet were almost gone; my steps had well nigh slipped. For I was envious at the foolish, when I saw the prosperity of the wicked....Until I went into the sanctuary of God; then understood I their end.

If you have read all this and are thinking "That's great...but what if it would have done me more good too have read this (insert whatever amount of time) ago, before I found myself in such and such situation?" Well, a friend and I read a quote recently and decided that we liked it very much: "Mistakes are lessons that you need to learn."...ok, now read it again, but slowly. I know, you were probably expecting something more deep, but still, this statement is so true. If you make a mistake: repent, learn from it, & don't do it again. If you learn the lesson well the first time, you might well become an even better person because of it.

Listen to this song:
Slow Fade
Slow Fade Lyrics
Posted by Pilgrim at 12:45 AM

Email ThisBlogThis!Share to TwitterShare to FacebookShare to Pinterest
Labels: Complacency