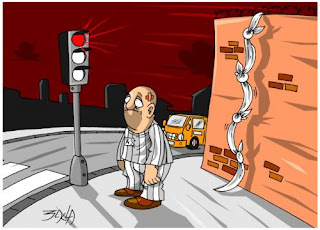 I read this a while back and thought it was very good. So good in fact that I typed this out, just so you could read it. :o) I want to be teachable; how about you?

Excerpt from Having a Mary Heart in a Martha World:
"Receiving Rebuke -
What happens when we refuse to listen to God and act on what he says?

The Bible is clear that God, like a loving parent, will administer the appropriate correction in our lives. “For whom the LORD loves He reproves,” states Proverbs 3:12,even as a father, the son in whom he delights” (NASB).

The level of the discipline we receive depends mostly on the level of our teachability. When my mother was small, all her father had to do was look disappointed with her and she’d be in his arms, melting with tears, begging for his forgiveness. Suffice it to say, it required a little more force on my dad’s part when it came to his eldest child. I was not only well raised, I was also well “reared”. And quite often, come to think of it.

Spiritually, the same is true. If we are teachable, we come around quickly to obedience. As a consequence, the level of discipline is fairly minor, sometimes even painless. But if we are unteachable, if we refuse God’s rebuke, the level of discipline increases in severity, just like my “rearing” did. Not because God is ruthless, but because our hearts are rebellious. Our loving Father will do whatever it takes to break that rebellion before that rebellion breaks us. Even if it means giving us a time-out (like having to wait for something we’ve wanted), taking away our toys (like the new computer that just crashed), or allowing some affliction to come our way.

“Before I was afflicted I went astray,” the psalmist writes, “but now I obey your word” (Psalm 119:67). Before you think God cruel, read on. This is no trembling, abused child. This is a chastened son, who like me, can look back and say to his Father with full assurance: “You are good, and what you do is good: teach me your decrees” (119:68).

Jesus was direct in his rebuke of Martha. His words were gentle, but they pierced straight to the heart of her shortcomings. And Martha paid attention. She was teachable. All it took was a tender rebuke from the one she loved. Jesus didn’t have to convince her. She didn’t launch into a debate. She simply accepted his words, though I’m sure they were painful to hear.

Martha knew the secret every child who has even been lovingly disciplined eventually learns. You shouldn’t run away from your daddy. Though correction hurts and rebukes sting, at the end of the pain, there is great reward. Hebrews 12:11 tells us, “No discipline seems pleasant at the time, but painful. Later on, however, it produces a harvest of righteousness and peace for those who have been trained by it.”

"Behold, happy is the man whom God correcteth: therefore despise not thou the chastening of the Almighty:" - Job 5:17
Posted by Pilgrim at 11:58 PM

Email ThisBlogThis!Share to TwitterShare to FacebookShare to Pinterest
Labels: Submission