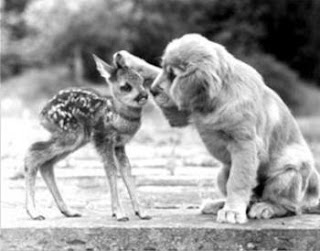 ...for everyone you meet is fighting a great battle. - Plato

I read this quote for the first time a few years back...and you know what I've discovered? That it's true. No matter how perfect someone's life looks, under the surface, there is almost always, if not always, a battle they are fighting. This battle may be circumstantial, or it may be a battle of the mind, visible to no one, but overwelming to them. But one thing is certain: a battle is just as real whether others know about it or not.

Working in the hotel industry, as a CSR, I try to keep this quote in mind at all times...I never know when someone randomly is going to go off cussing at me because something is wrong with their room,etc or just be completely rude for "no reason". Now, on rare occasions, people are rude just because that's how they are. When I suspect that is the case, I endure, standing up to them if necessary though, and then thank God later that I'm not one of the people who have to live with them. One night of dealing with someone is nothing compared to a life time!

Most of the time though, I know, that person has probably just had a bad day...bad year..maybe a bad life. They are feeling callused and thinking only of themselves by this point and no one else. This is not a good excuse for treating someone bad; however, if you are the one dealing with them, this is a healthy way to view the situation, so their bad day doesn't become yours. It might even be a chance to help turn their bad day around!

I am blessed to have quite a few people that I consider "best friends". Most of them do not live in the same place as me, but are people that I have been blessed to get to know through going to college with them, or through them having lived/ spent time where I am from, then having moved elsewhere. They are all very special, amazing people. All very different and all fighting their own battles. Sometimes I might lose touch with one..or only talk via text here and there and from "surface talk" everything seems perfect. Then we actually talk on the phone and often I realize that they are in a battle. I'm then glad they told me so I can help them fight it, in prayer. Friends should never have to fight anything alone.

When that person on the street flips you off, don't let your temper rage and lower yourself to their level. Brush it off. When you feel you have been falsely judged, hold your head up high and continue living your life as you know you should, and pray that God will reveal to the accuser(s) their wrong. No doubt, they too are in a battle as well. Battle grounds aren't a place where most people feel opportunity to kneel and pray before attacking. They tend to attack first and think later.

I could go on and on with scenarios, but the point is: "...we wrestle not against flesh and blood, but against principalities, against powers, against the rulers of the darkness of this world, against spiritual wickedness in high places". (Ephesians 6:12) That stranger, that friend, that acquaintance.... you have no idea what they may be facing. Don't write them off or snap back too quickly. You have two options: to be the tool God may use to heal them or to be the tool satan may use to hurt them. The phrase "kill them with kindness" has always seemed like an oxymoron, but I think there's more to it...sometimes you really can "kill" the negatives, by being positive. I am often amazed at work at how someone can come to the desk acting foul, and if I ignore their attitude and go above and beyond to treat them great, they often walk away smiling. Not only have I made their day better, but my day is made better as well.

And, guess what...there's good news for all ya'll out there fighting battles:
If you'll let Him, God will fight them for you!

And Moses said unto the people, Fear ye not, stand still, and see the salvation of the LORD, which he will shew to you to day: for the Egyptians whom ye have seen to day, ye shall see them again no more for ever. The LORD shall fight for you, and ye shall hold your peace. And the LORD said unto Moses, Wherefore criest thou unto me? speak unto the children of Israel, >that they go forward:

And the LORD said unto Moses, Wherefore criest thou unto me? speak unto the children of Israel, that they go forward

The battlefield can be used as a time to draw closer to God..a chance to become stronger in Him, IF you are spending time with Him..."going forward in Him"

The righteous also shall hold on his way, and he that hath clean hands shall be stronger and stronger

They go from strength to strength, every one of them in Zion appeareth before God

This blog I read while researching this subject. While I don't agree with all of it, nor know the background of the person that wrote it, I believe it says some good, strong things, and deals with the very important, yet taboo, subject regarding the fine line between reproof and treating people wrongly. I recommend anyone, especially those in leadership, read it.
Posted by Pilgrim at 12:42 PM

Email ThisBlogThis!Share to TwitterShare to FacebookShare to Pinterest
Labels: Love