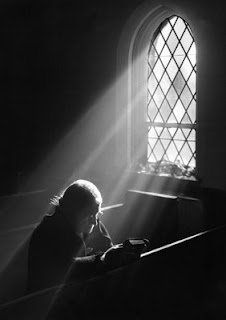 Now I, Nebuchadnezzar, praise and extol and honor the King of heaven, all of whose works are truth, and His ways justice. And those who walk in pride He is able to abase. ~Daniel 4:37 (NKJ)

Pride- "faith in yourself"

Many years ago I remember the then UPCI's National Bible Quiz Master's wife, Sis. Claudette Walker, speaking at a quiz extravaganza I was attending. That day she spoke about pride...or rather Pr"i"de. She was of course speaking to a group of around 70 teams, so her main purpose of the message was basically the concept that there is no "I" in team and that pride will destroy both a person and a team.

Recently I was talking to a friend about this same issue and afterwards continued to still have this word on my mind. "Pride". I can probably quote most of the Bible verses that contain this word. But I got to thinking... what exactly is pride? How would you define it? I knew how I personally would define it, but how would someone else? What causes it? What are the signs of it? How does one overcome it? I have developed the tendency to avoid people that struggle with the sin of pride like they have the plague. I loathe it. For some reason I had begun looking at it as the "incurable disease".

But, the last few days God has convicted me about this and been reminding me that people with this issue need deliverance just as bad as people with any other sin in their life...therefore, I have been wondering how in the world a friend/ family member can play a role in helping someone over come an issue like this...one that the root is believing there is no issue. One that is the root of many other sins. The human side of me automatically thinks "just 'put them in their place' a few times & that will bring them down a notch"...Obviously though, this is not the proper godly route to take. No, I believe understanding is the first step and prayer the second. There are other things as well, if one is in authority or a very close relationship with someone, that could be done (such as directly addressing the issue), but in general, for every situation, prayer is the key.

I have seen so many amazingly talented & anointed people's lives destroyed due to pride..not from pride itself, but rather from what pride begot. It saddens me to think about it.

Out of curiosity I decided to look up what was available online about this subject and found this great,extremely informative website to which I have posted a link below. I encourage you to check it out. It defines pride, symptoms of pride, causes of pride, differences between pride/arrogance & faith, etc.

One thing I don't know that I total agree with that's mentioned in this article (though it's more true than not) is where it says "A proud person does not pray much, and a praying person is not bothered much with pride." I have not always found this to be the case and the only reason I can think of is that while a person may pray a lot, if there prayer is one sided, rather than two sided ---talking, but not listening, they are not placing themselves in submission to authority...which is a sign of pride.

Perhaps each of us can find an area we could improve in while reading the symptoms list? I am thankful there is no such thing as an "incurable disease" for Jesus is in the healing & restoration business! Let's be sure to always keep our faith in God, NOT in ourselves.


God Hates Pride
Posted by Pilgrim at 6:51 AM No comments:

Email ThisBlogThis!Share to TwitterShare to FacebookShare to Pinterest
Labels: Confidence, Faith, Humility, Submission
Newer Posts Older Posts Home
Subscribe to: Posts (Atom)
"To every thing there is a season, and a time to every purpose under the heaven:...He hath made everything beautiful in His time..." ~Ecclesiastes 3:1, 11