But What About the Joneses? 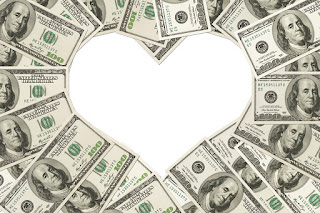 Then he said, “Beware! Guard against every kind of greed. Life is not measured by how much you own.” ~Luke 12:15 NLT

There is a song I hear on the radio, while driving to and from work, that has pierced my heart. The song is “I Want to Go Back” by David Dunn.  What has always stood out to me about the song is this one particular statement:

When I was a kid,I didn’t care to keep up with the Joneses; I was just happy that they lived next door.

For those non Americans reading this blog who are not familiar with the idiom "keeping up with the Joneses",  it basically means "to try to emulate (match or surpass) or not be out done by others".  It is a reference to living a constant materialist struggle of comparison with others. This is a common issue for many people living in first world countries.  Sadly, for many, enough is not really enough. Having nice things isn't bad, but we have to question our reasons behind wanting them. Are they sincere or is it because so and so has them or, "I have the money, so why not?"

There is so much to be learned in scripture about this subject:


In Luke 12:13-21, a man who is most likely already wealthy comes to Jesus wanting him to make his brother divide the family's inheritance with him. Jesus responds accordingly:
“Man, who made Me a judge or an arbitrator over you?”... “Take heed and beware of covetousness, for one’s life does not consist in the abundance of the things he possesses.” Then He spoke a parable to them, saying: “The ground of a certain rich man yielded plentifully. And he thought within himself, saying, ‘What shall I do, since I have no room to store my crops?’ So he said, ‘I will do this: I will pull down my barns and build greater, and there I will store all my crops and my goods.  And I will say to my soul, ‘Soul, you have many goods laid up for many years; take your ease; eat, drink, and be merry.’ But God said to him, ‘Fool! This night your soul will be required of you; then whose will those things be which you have provided?’ So is he who lays up treasure for himself, and is not rich toward God.” (Luke 12:13-2 NKJV)

What I find so interesting about this encounter is that Jesus instantly switches from rejecting the request of this wealthy guy who is coveting for more, when he probably has need of nothing, to addressing his disciples, who are living completely sacrificial lives. He turns to the people whom he had told, "Take nothing for your journey, neither staffs nor bag nor bread nor money; and do not have two tunics apiece." (Luke 9:3) and begins to talk to them about the key to true provision:

Therefore I say to you, do not worry about your life, what you will eat; nor about the body, what you will put on.  Life is more than food, and the body is more than clothing. Consider the ravens, for they neither sow nor reap, which have neither storehouse nor barn; and God feeds them. Of how much more value are you than the birds?  And which of you by worrying can add one cubit to his stature? If you then are not able to do the least, why are you anxious for the rest?  Consider the lilies, how they grow: they neither toil nor spin; and yet I say to you, even Solomon in all his glory was not arrayed like one of these.  If then God so clothes the grass, which today is in the field and tomorrow is thrown into the oven, how much more will He clothe you, O you of little faith?  And do not seek what you should eat or what you should drink, nor have an anxious mind.  For all these things the nations of the world seek after, and your Father knows that you need these things.  But seek the kingdom of God, and all these things shall be added to you. Do not fear, little flock, for it is your Father’s good pleasure to give you the kingdom.  Sell what you have and give alms; provide yourselves money bags which do not grow old, a treasure in the heavens that does not fail, where no thief approaches nor moth destroys.  For where your treasure is, there your heart will be also.”  (Luke 12:22-34 NKJV)

Notice Jesus did not promise his disciples wealth, but he did promise them their needs, both physical and beyond. He promises the disciples,who have given all, their needs, yet to the man who most likely has much already he offers nothing. Perhaps he knew that more would ruin him; by what he tells him, it appears that is probably the case.  Something awesome I discovered while studying this passage is that when Jesus said, "It is your Father's good pleasure to give you the kingdom", that word "kingdom" means "authority or power". If I have to choose, I'm choosing spiritual authority and power over material wealth any day.

It is important to note that the same Bible that talks about how much God loves to bless his people also says that “it is easier for a camel to go through the eye of a needle than for a rich man to enter the kingdom of God.” (Matthew 19:24) The "needle" was a reference used to describe a small door built into a gate. It was created for the safety of the city and was a way that travelers could still get in at night. It was so small that a camel could be unloaded and shoved through, but that was the only way it could fit through. Therefore, Jesus wasn't saying it was impossible for a rich man to enter the kingdom of God, but rather that it was difficult. When His disciples heard Jesus say this, they were astonished and said,  "Who then can be saved?" Jesus responded, “With men this is impossible, but with God all things are possible.” (Matthew 19:25-26)

Perhaps you are reading this and you are "The Joneses".  You have been blessed greatly financially.  The only question I'd have before congratulating you is, "Are you as close or closer to God now than you were before you were "blessed"? I put "blessed" in quotes, because how it has affected your life determines whether it is really a blessing or a curse. Just because something looks good doesn't mean it's from God.    I truly hope if you were asked that question your response would be something like, "Yes! I give more; I am able to have the freedom now to spend more time with God and be involved in ministry more; etc." I really hope your answer would look something like that. Sadly, many people's wouldn't. It would involve having God, and sometimes even family and friends, as less of a priority and material goods and luxury experiences as more and more of a priority.

One of my favorite documentaries is called "The Men Who Built America". It is about the business men, like Norman Rockwell and John D. Rockefeller, who became extremely wealthy in their industries. All the men it highlights ended up with more wealth than any man could probably spend in a lifetime. However, most of them never felt like they had enough, because they always wanted more than the other guy, whichever guy that happened to have taken their "wealthiest in America" spot at that moment.  What a sad way to live!

1 Timothy 6:10 says, "For the love of money is the root of all evil: which while some coveted after, they have erred from the faith, and pierced themselves through with many sorrows."

Quit thinking about how the grass might be greener on the other side of the fence. Yeah, that grass might be greener, but what is going on inside that house? Is a family falling apart because the parents are coveting after greener pastures themselves? We have to learn to just be happy for the Joneses, or, if relevant, pray for them, but never compare ourselves to them. Quit thinking, "But what about the Joneses?" What might be a blessing to the Joneses could be the destruction of you.  God knows what you need and if you put Him first, He will provide every bit of it.

Let's get back to this:

When I was a kid,I didn’t care to keep up with the Joneses; I was just happy that they lived next door.

Older Post Home
Subscribe to: Post Comments (Atom)
"To every thing there is a season, and a time to every purpose under the heaven:...He hath made everything beautiful in His time..." ~Ecclesiastes 3:1, 11