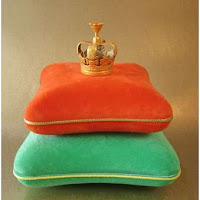 But ye shall receive power, after that the Holy Ghost is come upon you: and ye shall be witnesses unto me both in Jerusalem, and in all Judaea, and in Samaria, and unto the uttermost part of the earth. ~Acts 1:8

Whereof I am made a minister, according to the dispensation of God which is given to me for you, to fulfil the word of God;Even the mystery which hath been hid from ages and from generations, but now is made manifest to his saints:To whom God would make known what is the riches of the glory of this mystery among the Gentiles; which is Christ in you, the hope of glory: Whom we preach, warning every man, and teaching every man in all wisdom; that we may present every man perfect in Christ Jesus: Whereunto I also labour, striving according to his working, which worketh in me mightily. ~Colossians 1:25-29

I just heard these lyrics for the first time today(Thanks to Pandora.com :-) & wanted to share. I thought they were beautiful and went right along with the theme from the message Bro. Graham spoke at HYC last night.

There is a King in You
By: Donald Lawrence & Co.

There is a King in You
You come from Royalty,
An aristocratic dynasty.
The goal of the enemy,
Is that you don't know who you are.
There's power when you speak.
Be mindful of words you release.
I know that life has challenged you,
But the King in me speaks to the King in you.
You were born to rule.
There is a king in you.

I know life has challenged you,
But the King in me speaks to the king in you.
You were born to rule.
There is a King in you.

It is my desire to serve God with the confidence of the song above, but with the attitude of the song below. If you have obeyed Acts 2:38 and are living a Godly life, you have the God who created the universe and who died on Calvary for you living inside you. You're a king's kid. Wear the crown proudly!