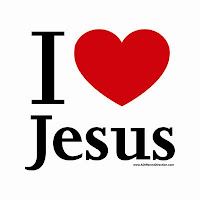 When I first moved to TCM, I was bracing myself for anything. You see, I realized that working with teenagers can be tough...and that working with teens who have been seriously hurt and abused would be even tougher. On a personal level, I came with expectations of probably some personal slams occuring against yours truly, merely due to someone having a bad day and feeling the need to lash out at whomever happened to be targetable at the moment. I'm not a pessimist, just realistic. I know that hurt people hurt people and I was mentally & emotionally preparing myself for this. I expected it, was prepared for it, and was prepared to implement the correct disciplinary action (aka: send them to the principal :o)), if necessary, but on a personal level, just try to let it roll off my back...

But now, looking back, I have realized just the opposite has happened. Sure, I've heard more than my fair share of rude negative comments, but hardly any personal attacks...in fact, I think I have received more compliments from these kids in the past 5 months than I've probably received in the last 5 years. I've been truly amazed.

One of my favorite love songs is "Tell Him", a song sung by Barbra Streisand & Celine Dion. The song is a conversation between a mother & a daughter. The daughter is in love with a man but is scared to tell him, for fear of rejection. The mom in turn encourages the daughter to tell the man how she feels about him. The daughter then basically says "you're right", that she better tell him now or she won't be able to live with herself.

I know at this point you're probably thinking "Where in the world is she going with this?!"

So, TELL HIM. Tell Him how awesome you think He is. How in awe you are of Him. How lovely He is. How breathtaking His creation is. Don't put it off. Tell Him TODAY..and tomorrow...and every day for the rest of your life. He likes to hear it. It makes Him happy. It's music to His ears.

Tell Him
Posted by Pilgrim at 9:23 PM

Email ThisBlogThis!Share to TwitterShare to FacebookShare to Pinterest
Labels: Love