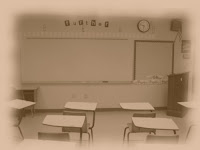 General Conference was awesome this year! I was privileged to experience a great time of fellowship with many awesome new and old friends. Also, the services were amazing...the Home Missions service blew me away. I don't believe a single person could have sat through that service and not have walked away with a stronger burden and having felt more greatly encouraged about reaching the lost.

Over the years, especially more recently, God has used various men and women of God to speak a word to me, and often this has occurred at this conference. However,this year was different. This year He chose to speak to me in some different ways..and I am in awe of how much peace I feel at this moment. It's true, if His eye is on the sparrow, how much more is He paying attention to what's going on in the lives of His children?

I won't go into personal details as to how God taught me this particular lesson, but I learned that:
Sometimes God closes a door..and sometimes man closes a door. It can be very hard to tell who really has closed a door, but one thing is for sure: If man closed it, there's always another door. Always. No matter how the situation may look. The hardest part is determining whether God or man has closed it, and sometimes this answer only comes through prayer and time...but it will always come.

One night, the booths where missionaries, the publishing house, etc. sell items had closed and I had walked with friends a ways a way from that area and was standing around chatting with them, when I realized I had left my coat somewhere..I thought of how I had laid it down on a couch in the Foreign Missions area before being in a photo and decided that was where I should check first. So, I ran back as quickly as my aching feet in my heels could carry me, begged the security to let me back in..and lucky for me, my coat was still there. I quickly threw it on and took off to meet up with friends that were waiting for me.

After meeting with them we stood around a few minutes deciding where to go eat with people and took a cab to a restaurant not too far of a walking distance away, but too far for girls who had been in heels for days. :o) Upon arriving at the restaurant, which was on a downtown street corner, my friend and I quickly grabbed 2 of the seats available outside and didn't leave our spots, even though we were freezing, for a good 30 minutes.

After sitting there that long, I got up, don't even remember why, and a bag full of cds bought from the booth area fell out of my lap. I hadn't bought any cds. I asked my friend if they were hers. No. Our other close friend. No. By this point I was starting to ask everyone in the group, even those I had just met.."Did you hand this to me?!!"

Eventually I found myself standing on the edge of the corner, talking to a new friend, who by this point had the cds out and was looking through them out of sheer curiosity as to what they were. Meanwhile, I'm standing there feeling like a thief and not even knowing how I got the things, let alone who to return them to.

About that time a friend of mine runs up, yells something at the guy I'm talking to (she was just acting goofy, trying to embarrass him), sees the cds and yells out to another girl I know, who I hadn't even seen walk up. "She has your cds!"

Apparently a friend who had been in that picture with me at the booths had left her cds by my coat, and I had picked them up, and not noticed until an hour later when her and our other mutual friend walked by that random street corner, where I had just discovered I had the cds, about 5 minutes before. The friend had just prayed with her that they would find the cds, because she was so distraught about losing them.

God really does cares...even about the small stuff.

Lesson #3 - Never Lose Your Zeal for God and the Things of God!

During the Holy Ghost Crusade I was privileged to help with registering the people that received the Holy Ghost. Basically this means that I sat on the platform behind a booth and people who had just received the Holy Ghost were sent to the booths to fill out a form, giving their information, such as their address, whether they had been baptized, etc...the very last line was an "interested in" line, where one would mark the areas of ministry within a church in which they would like to be involved.

Well, an 82 year old women received the Holy Ghost and was sent to me...a couple of people assisted her. She had a cane, and they pulled a chair up behind her so she could sit down as she wrote. I heard a lady in her 80s received the Holy Ghost that had sought it for over 30 years, I'm not sure if it was her, but "have a feeling that it was...anyway, as she was filling out the form, she got to the have you been baptized?" part, and checked yes....next was the "interested in" part...The whole time I was watching her I was curious what she would check when she got to this part. There were 7 or so options listed..among them: music ministry, Childrens ministry, Bible studies, Sports, etc...

As I sat there I watched her pause for a moment reading them..then, fully focused on the task at hand, she checked every single one of them...except sports. :O) Then she paused a moment again, looking it over, slid it back over to me, and,though she was missing every other tooth, the huge smile she gave me was one of the prettiest I have ever seen. :o)

If she had that much zeal, how much more zealous should we be about God and working for His kingdom?!


Yes, General Conference was a time of great fun, fellowship, and blessing this year..but it was also a great classroom for me and for that I am very thankful.
Posted by Pilgrim at 2:51 PM

Email ThisBlogThis!Share to TwitterShare to FacebookShare to Pinterest
Labels: God Moments, My Journey