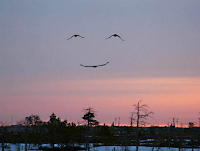 Perhaps you are or are not familiar with the phrase "God Smiles". To me a "God Smile" is a moment when God looks down on one and smiles, because He is pleased and desires to bless.

Recently I was blessed to be able to visit home, in Arkansas, for the holidays. During this time I also had the opportunity to attend the ministry conference, BOTT, in Alexandria and spend a few days with some of my dear friends on the ministry team in the U.K. while on my way home. Throughout this trip, which was a huge blessing, as well as a faith move, I continually saw "God Smiles" which brought great peace to me.

As a missionary, it is hard to feel content with "leaving your post", even if the break is greatly needed or if it is because you are trying to keep your ducks correctly in a row: 1st family, then ministry. When taking a trip anywhere, there's still a part of you that is asking "Was this the right decision?,Should I have waited?,etc." However, God has a way of speaking, bringing peace, and showing that a time of rest IS necessary and that God does bless it.

While I said there were many "God Smiles" along the way...A new sponsor here, a special donation there that in all equaled about the cost the trip itself(Praise God!), as well as a few other "divine appointments" that came to pass, there is one really big one that stands out to me....

One of my best friends and mentors, Kim Hall, and I were out having a girls day with her mom. I was the one who got to decide where we would eat. Seeing as we were all on a very tight budget, and, since living in Europe, Taco Bell had came to hold a very special place in my heart, we decide that was the restaurant of choice. Upon arrival at the restaurant, Kim & I were being our typical outgoing, boisterous selves, characteristics that tend to magnify when good friends get together. :-)

While ordering we were joking around, Kim swiping a handful of the peppermints, talking about how much she loved them. Me, acting like a starving person, probably more excited to be in a Taco Bell than anyone the cashier had ever seen. Alas, we'd made our grand entrance...for better or worse.

A little while after we had sat down and began eating, the Taco Bell employee, who had taken our order, walked by, dropped a pile of mints in front of Kim, and walked off without saying a word. We busted out laughing, then returned to making small talk and finishing up our meals. In a spur of the moment decision, right before leaving, we invited her to attend the statewide youth convention service with us that was being held at a convention center a few blocks away. She didn't give us a definate yes or no at that point, but we exchanged numbers, planning to touch base later in the day.

Later I began texting with her to see if she was coming. At first she didn't know. No skirts or dresses to wear and she'd been seeing so many of our girls coming in there looking all cute from the convention. (Pause and think about this...any one of them could have and should have invited her, but that's for another blog and another time. ;-) I talked her through that, then she said she didn't have transportation..."All she had was God and her job." I told her "done" that I would pick her up. When she made that comment I knew that this was a divine appointment and I was determined to not let her out of what God was determined to do in her life.

That night she came. She was nervous. She was indeed one of the few females not wearing a skirt...and She was at the right place at the right time for her "God Smile".

That night God reached down to my new friend and showed Himself to her in a way she had never felt Him before. Due to some unwise decisions in her life, she had lost everything, her family included, and had return back to her hometown to get life back in order. While in her hometown two daughters of The King, one who lives in Dallas and one who lives in Europe, "just happened" to be in town and cross the path of this hungry young lady who was trying her best to do right and who was looking to God for direction. And, that night at Youth Convention, God reached down and filled this young lady with the Holy Ghost.

Two night later, New Year's Eve,she rang in her New Year in worship with the saints of Rogers UPC and by the end of the night she had already declared it her home church. Two weeks later she was baptized in Jesus name. And now she is participating in Home Bible Studies with some friends of mine and is attending church faithfully.

"God Smiles"...That day we met this precious girl, God smiled on me, giving me peace that I was indeed in the right place at the right time. But more than that, He smiled on Her...