My Kind of Heroes 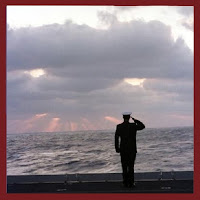 "Now also when I am old and greyheaded, O God, forsake me not; until I have shewed thy strength unto this generation, and thy power to every one that is to come." ~Psalm 71:18

"One generation shall praise thy works to another, and shall declare thy mighty acts." ~Psalm 145:4

Hero - a person of distinguished courage or ability, admired for his brave deeds and noble qualities

Recently I attended a conference for ministers in Alexandria, Louisiana called Because of the Times. The church the Pentecostals of Alexandria hosts this meeting each year and it is a HUGE blessing to ministers throughout the UPCI organization and beyond.

During the conference this year there was one major thing on my mind. Sacrifice. I am presently planning to go overseas to do mission work for the longest amount of time, by far, I have ever gone, and I already know...this isn't just a trip, but a beginning. A beginning to a future with extremely heavy reliance on faith & trust in God, and his leading, and guiding, and provision....It's a future that is very much based on God leading one step at a time, and trusting that every step will be secure. I am already quite familiar with this type of reliance, but know deep down I have really only touched the tip of the iceburg.

During BOTT the Stewarts, missionaries to Liberia, were asked to share their testimony. I had already had the privilege of meeting this wonderful couple the summer before at Louisiana camp meeting, but little did I know what all they had been through for the sake of Christ...There were many things they shared that day, but what stood out to me the most was that they had stayed in their country through many civil wars, even when our U.S. marines were evacuated...they still stayed. At one point the gunfire was very extreme near their home for a long period of time. During this time they ran out of food and water and drunk the water from their water bed for over a week, I believe,just to survive. 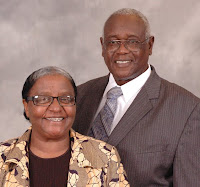 And then, there was this man. I don't remember his name and had never seen him before. I probably wouldn't recognize him again if I saw him, but he made a huge lasting impression on me....You see, they were having drawings for door prizes, cds or something like that, and when each person's name was announced, so was their ministry...foreign missionary, home missionary, evangelist, pastor,etc. This man's name was announced, followed by "home missionary", as the man walked by me conviction seized my heart. He was well in his 70s at least and how was he spending the golden years of his life? Still working hard for the Kingdom. My hero.

And then there's another hero I want to talk about...Sis. Kristi Landaw. Her & her husband are missionaries to Trinidad & Tobago and also some Spanish speaking countries in the Caribbean. The first mission trip I ever took, right out of high school, was a YOM to Trinidad, so I, of course, got to know them quite well then, and later ended up attending Bible college with their children in Indianapolis. So, all that said, while I wouldn't consider myself close to them at this time, they still hold a dear place in my heart. Therefore, from the time I heard Sis. Landaw had cancer, I prayed for her often. A lot of missionaries going through what she went through could have thrown in the towel, and nobody would have probably thought it wrong at all, but they didn't. They fought. They prayed. And they won. They are back on the field & God is still doing a great work in Trinidad!

While writing the last part of this (now in 2012), I glanced at Sis. Landaw's FB page, and saw the lyrics to this song she had posted...believe it is very appropriate for what I am writing about:

My heroes are not all missionaries, nor are they all full time ministers. But they are all people who no one need ask, for it is obvious, that they walk with God daily, for His beauty is reflected through their countenance & his power is displayed through their courage.

When I look at the type of people I have written about above, as part of the generation following them, I am encouraged that I too can do whatever God asks of me, no matter what may come my way, no matter how difficult or scary the task. Through people like this God's strength has been shown to this generation and His works have been praised. Their commitment itself shows that His acts are indeed mighty and well worth the sacrifice.
Posted by Pilgrim at 5:56 PM